Windsor is the southernmost city in Canada and is located in Southwestern Ontario at the western end of the heavily populated Quebec City–Windsor Corridor. It is within the Essex, Ontario Census division, although administratively separated from the county government. Separated by the Detroit River, Windsor is located south of Detroit, Michigan in the United States. Windsor is known as The City of Roses and residents are known as Windsorites.

Windsor is home to the University of Windsor, which is Canada's southernmost university. It is a research oriented, comprehensive university with a student population of 16,000 full-time graduate and undergraduate students. Now entering its most ambitious capital expansion since its founding in 1963, the University of Windsor recently opened the Anthony P. Toldo Health Education & Learning Centre, which houses the Schulich School of Medicine & Dentistry. As well, with the help of $40 million in Ontario government funding, the University is currently building a 300,000-square-foot (28,000 m2), $112-million Centre for Engineering Innovation; a structure that will establish revolutionary design standards across Canada and beyond. Construction is scheduled to be completed by Fall 2012.

There are two hospitals in Windsor: Hôtel-Dieu Grace Hospital and Windsor Regional Hospital. Hôtel-Dieu Grace Hospital is the result of an amalgamation of Grace Hospital and Hôtel-Dieu in 1994. The merger occurred due to the Government of Ontario's province-wide policy to consolidate resources into Local Health Integrated Networks, or LHINs. This was to eliminate duplicate services and allocate resources more efficiently across the region. The policy resulted in the closure of many community-based and historically important hospitals across the province. Two of Windsor's independent hospitals: Metropolitan General Hospital on Lens Ave and Windsor Western Hospital on Prince Road, were joined to form Windsor Regional Hospital. The original hospital sites remain but the operations are administratively centralized through the new collective structure.

Windsor hospitals have formal and informal agreements with Detroit-area hospitals. For instance, pediatric neurosurgery is no longer performed in Windsor. The Windsor Star reported in July 2007 that Hôtel-Dieu Grace has formally instituted an agreement with Detroit's Harper Hospital to provide this specialty and surgery for the dozen patients requiring care annually. Leamington District Memorial Hospital in Leamington, Ontario serves much of Essex County and, along with the Windsor institutions, share resources with the Chatham-Kent Health Alliance.

Windsor tourist attractions include Caesars Windsor, a lively downtown club scene, Little Italy, the Art Gallery of Windsor, the Odette Sculpture Park, and Ojibway Park. As a border settlement, Windsor was a site of conflict during the War of 1812, a major entry point into Canada for refugees from slavery via the Underground Railroad and a major source of liquor during American Prohibition. Two sites in Windsor have been designated as National Historic Sites of Canada: the Sandwich First Baptist Church, a church established by Underground Railroad refugees, and François Bâby House, an important War of 1812 site now serving as Windsor's Community Museum.[36][37]

Windsor's nickname is the "Rose City" or the "City of Roses" and Windsor has designated a rose known as Liebeszauber (Love's Magic) as the City of Windsor Rose.[38] Windsor is noted for the several large parks and gardens found on its waterfront. The Queen Elizabeth II Sunken Garden is located at Jackson Park in the central part of the city. A World War II era Avro Lancaster was displayed on a stand in the middle of Jackson Park for over four decades but has since been removed for restoration. This park is now home to a mounted Spitfire replica and a Hurricane replica.
One Riverside Drive, Chrysler's Canada HQ in downtown Windsor, as seen from Dieppe Gardens along the riverfront. 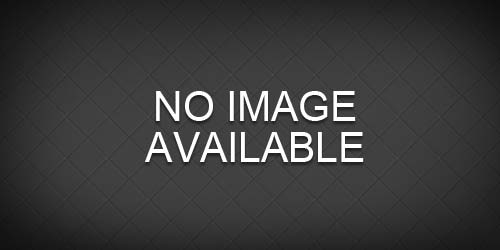